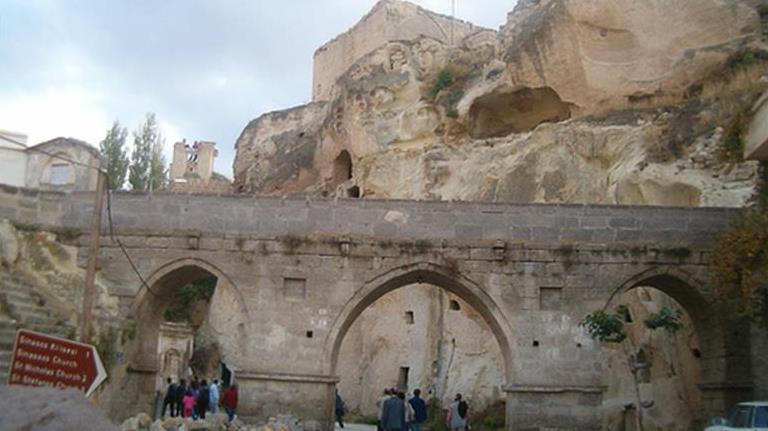 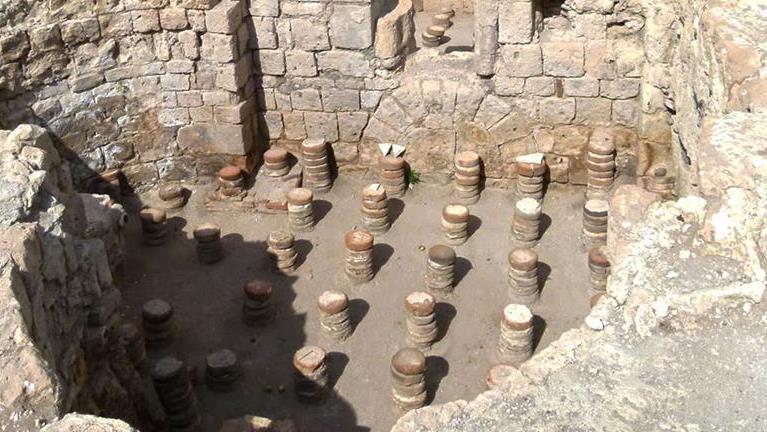 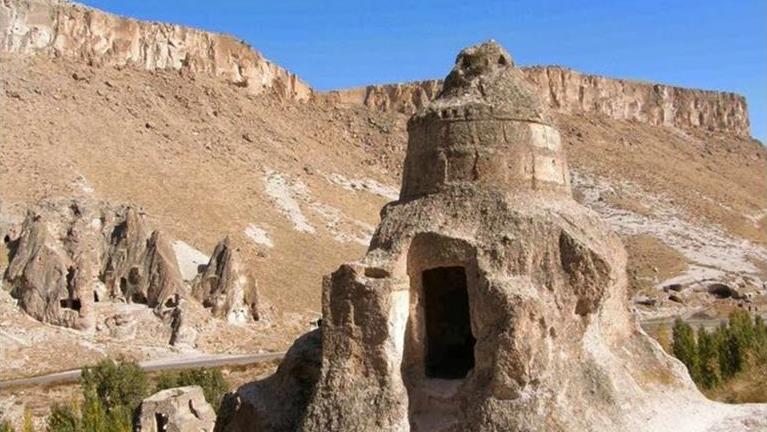 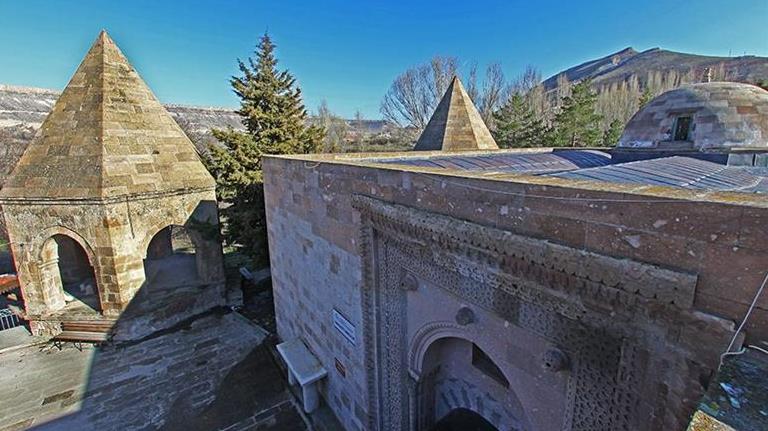 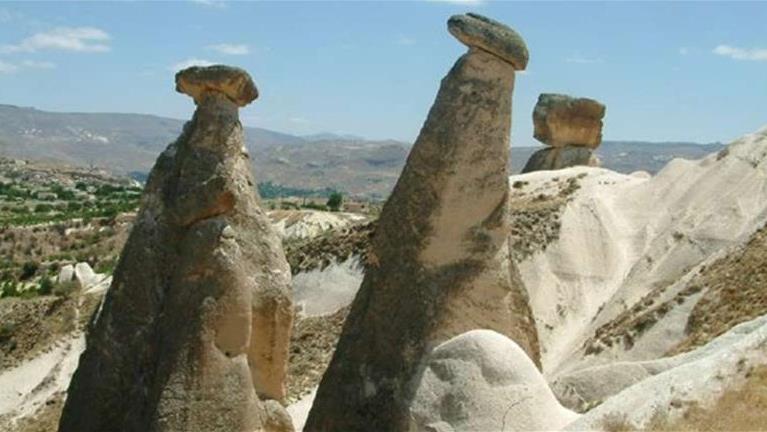 The "fairy chimneys" with caps, mainly found in the vicinity of Ürgüp, have a conical-shaped body and a boulder on top of it. The cone is constructed from tufa and volcanic ash, while the cap is of a harder, more resistant rock such as lahar or ignimbrite. The fairy chimneys which are symbols of Ürgüp are called holly spirit chimneys. There is mother, father and son fairy chimneys stay together.

Mustapafasa : Here is old village which was inhabited by Greeks. That is also known as Sinasos (greek name).The Greek Orthodox families lived here till the begining of 20 th century. After the foundation of Turkish Republic in 1923,there was a population exchange between Greece and Turkey.So lost of greek families settled here.The small town has very nice houses built in Greek architecture. You have a chance to see theses with ornaments,decorations and arches in houses all typical to Greek architecture.

Soganlı Valleys in southern Cappadocia will be an amazing stop if you want to visit Cappadocian cave- churches and explore some off the beaten track. You will also witness real traditional Turkish village.
Settlements in this area took place in the Roman period. The stone conies on the slopes of the valley were used as graveyards by the Romans and later as churches by the Byzantine. The valley was continuously inhabited since the earliest days of the Christian area. The frescoes in the churches date back to the 9th and 13th Centuries.
The major churches in the So?anli valley are Karabas (Black Headed Church), Yilanli (Church of the Serpent), Kubbeli (Domed Church) and St. Barbara Church. The decorations it it are mostly well-preserved. Some of the churches contain inscriptions giving the exact dates of construction.
Soganli Valley exemplifies the harmony between mankind and nature. Over the centuries, men carved shelters in the cliffs and rock cones of the valley. They also used rocks provided by nature to express their religious faith and devotion to God.

There is one very good reason to stop though and that it is to visit the ruins of Roman Sobesos, accessible via a turn-off to the left immediately after the start of the village.
In 2002 treasure-hunters working the fields around Sahinefendi uncovered the first signs of what turned out to be the Roman city of Sobesos. Today you can see the excavated remains of a fourth-century Roman bathhouse with much of its hypocaust (in-floor heating system) still in place; a mosaic depicting a pair of sandals was uncovered in one of the entrances.

Taskinpasa: the village also known as Tamisus by Byzantines got this name later by Turks. Task?npasa was one of the kings who ruled here in 14 th century.That is why you here generally see buildings influenced by Turkish architecture. The famous places to see here are the mosques,medrese (theolojical school of Muslims) and tombs called türbe in Turkish.They all have same name with the village as well.

Until now, it have been determined about 40 underground cities and today just eleven of these are open for visit. Those cities which are guessed to date back to the Bronze Age, was completed in the 8th and 7th century BC and used to be a settlement mostly in Byzantine period. In this period, increasing invasions and external threats forced local residents to built underground cities for protection and religious purposes.
Stout rolling-stone doors prevented invaders from entering. Deep wells provided water. Wine presses, oil storage, livestock pens, cooking-places and elaborate churches were carved out of the rock so that the inhabitants could live for months underground until it was safe anymore to emerge and return to their ground-level villages.